The GYROTONIC EXPANSION SYSTEM® Method was created by Romanian-born Hungarian Juliu Horvath. Juliu Horvath was born in 1942 in Temesvar, Romania. His love for movement was apparent from the time he was a small child. During his youth he excelled at swimming, gymnastics and rowing. He began to study dance when he was 19, and by the time he was 21, was a principle dancer for the Romanian National Ballet Company. While on tour in Italy in 1970, he defected from Romania. He subsequently lived in a refugee camp in Italy for six months. After receiving political asylum in the United States, he moved to New York City.

After arriving in New York, Juliu did whatever he needed to do in order to survive, from painting houses to dancing on cars in Central Park. During this time he also began to audition for dance positions, and he performed in civic ballets. During the 1970’s, Juliu danced with the New York City Opera and was a guest artist at Radio City Music Hall where he was a featured performer. He also danced for a special tour company with international stars such as Margot Fonteyn, Jacques d’ Amboise and Melissa Hayden. Eventually he secured a position as principal dancer with the Houston Ballet.

While with the Houston Ballet, Juliu ruptured his Achilles tendon, bringing his dancing career to a sudden halt. After this injury, Juliu moved back to New York City for a short time, where he began a regular yoga practice.  As he got deeper into his movement and meditation practices, he began having profound energetic experiences.  In an effort to learn more about these experiences, he moved to the island of St. Thomas in the Virgin Islands in 1977. There he built a small, one-room hut in the mountains and spent the next six years studying yoga and meditation. During this time he gained new insights into movement and healing, and from these insights he began to create his own unique exercise method. Juliu returned to New York City after his stay on St. Thomas, and in the early 1980’s he began teaching a new movement system that was  based on what he had learned in St. Thomas. He called this system “Yoga for Dancers”.

Initially “Yoga for Dancers” was taught at Steps on Broadway and at Juliu’s own location- White Cloud Studio. In the beginning, most of Juliu’s students were professional dancers. As demand for his classes grew, and the diversity of his clientele increased, Juliu refined Yoga for Dancers, creating a class format that almost any person could perform, regardless of age or state of health. He named this refined version of Yoga for Dancers the GYROKINESIS® Method. The original Yoga for Dancers movements are still taught as part of the Gyrokinesis Level 2 Program. At White Cloud Studio, Juliu continued to develop and refine the method he created on St. Thomas. It was here where he began to develop the GYROTONIC® Method, and his world-renowned Gyrotonic equipment. The Gyrotonic and Gyrokinesis Methods quickly gained an international following, becoming popular in Europe, Asia, and Australia, as well as in the USA. The Gyrotonic Expansion System Method has now grown to encompass over 13,000 Trainers in 84 countries.

Juliu continues to create new programming for the Gyrotonic and Gyrokinesis Methods. He also conducts teacher training courses internationally, and continues to develop new Gyrotonic equipment and refine existing equipment designs. His current focus is on teaching courses that focus on harnessing the power of breath to expand the mind, and improve movement quality. He also teaches a rejuvenation course, which provides an opportunity for Gyrotonic, and Gyrokinesis Trainers to take a break from the hectic world, and focus on their own rejuvenation. Juliu’s breathing, and rejuvenation courses provide an opportunity for Gyrotonic, and Gyrokinesis Trainers around the world to study directly with him. 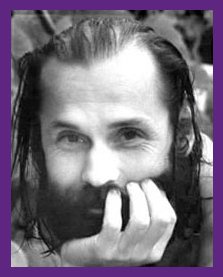 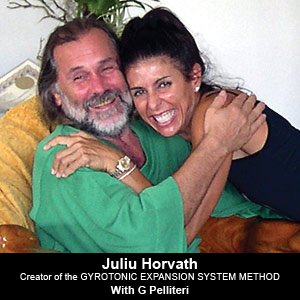